When the Polish government under Edward Gierek introduced new food price increases in the summer of 1980 and Poland faced big international debt and shortages of supplies, a wave of labor unrest was stirred in the country.

In July a series of strikes started in Lublin and on 14 August 1980 a strike in the Gdansk Shipyard started, with more and more plants supporting the action. The strike was led by Lech Walesa and the opposition demanded labor reform and more civil rights. Their priority was the establishment of an independent trade union and obtaining the right to strike.

The protesters keept on striking till the government gave up and agreed to sign the agreement.

Solidarity (Solidarnosc), was officially recognised on 31 August 1980. Establishing of an independent trade union was an unprecedented event in the CEE region under communism. Very quickly Solidarity became a national political movement with 10 million members. This unique movement played a key role in the collapse of communism in the CEE region.

After 9 turbulent years, Solidarity leaders negotiated the end of communism and a few months later, the Berlin Wall fell. 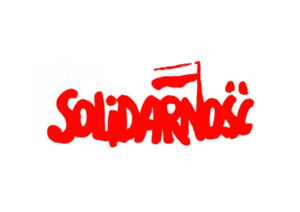