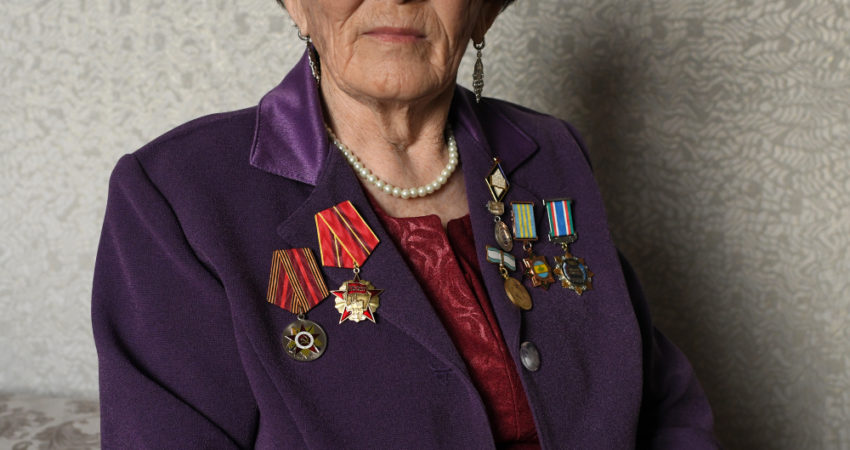 Yekaterina one of the deportees from Churaptsha, a village in Yakutia, East Siberia

A project about the deportations from the Baltic States to Siberia under the Soviet regime.

This is a selection of 12 photos from the first part of a trilogy entitled ‘Siberian Exiles’ and focuses on the experiences of six Lithuanian survivors, who were deported as children to the Laptev Sea above the polar circle. During the first major mass deportation in 1941, their families were sent to the Altai region in the south of Siberia to cut down trees and work as farm labourers. In 1942, they were moved, along with three thousand other Lithuanians, to the delta of the Lena River to build up a fishing industry. The deportees had no housing, protective clothing, food or technical equipment. During snowstorms, they had to build their own huts with their bare hands. The exiles suffered from constant hunger and many illnesses such as scurvy. For many it became a death sentence.

The Lithuanians shared their destiny with deportees from Finland and from Churaptsha, a village in Yakutia, East Siberia. All lived under equally miserable conditions and many perished. Towards the end of the 1950s, the Lithuanians were finally allowed to return home, provided they could pay for the return journey themselves. However, even after returning to Lithuania, their lives were far from easy. As former exiles, they were discriminated against and held back in their opportunities.

“The more I learned about this topic the more I was indignant by the many hidden stories about families who were torn apart. I asked myself: What evil brain sends women and children to the arctic, where winter reigns ten months a year, where the temperature drops to fifty degrees below zero, without protective clothing and housing and only a piece of bread a day? It was obvious that many deportees would die, especially young children, but under Stalin a human life had no value. It didn’t matter how many people would die under horrific circumstances as long as they served the system.

To share these stories with a wider audience I decided to start this project. I have listened to the eyewitness accounts of these events and visited the places where they took place. I have traveled through the Altai and Yakutia in search of traces of this remarkable chapter in history and I have recorded what encountered: the landscape of these remote areas, the villages, the culture, and the indigenous people with their still vivid memories of the time under Stalin.

The result of my collected material, interviews, photos, drawings, archive material and maps are divided in 5 books in a box designed by SYB (Sybren Kuiper).”