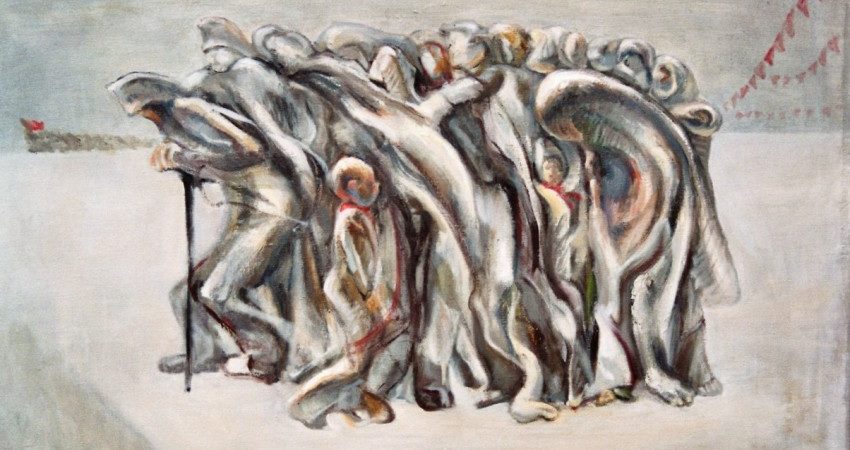 I am an Albanian, among the last of a younger generation for whom the old, isolationist, Stalinist regime was a normal tradition and environment in which to grow up – where there was nothing odd about the son of sheepherder training as a sculptor at the National Academy of art in Tirana (the capital city). Albania created its own cordon sanitaire – with zero contacts with the outside world, China excepted. This also meant zero insights into modern/ contemporary art. Undiluted socialist realism ruled. We knew no better and we believed that this was the best of all possible worlds.

But there was curiosity – not least about art. And when the situation relaxed in 1994 I saw my chance and “jumped ship” to the country where I have lived ever since, with my Dutch wife and children. This marked a process of social and artistic re-education (was it really allowed for people to kiss in the street – was it really permitted to paint such disrespectful works? – and who would dare buy the results?). I started to educate myself in contemporary art. Galleries, museums, libraries, and experimentation. Meanwhile I was absorbing the ways of Northern Europe. This was apparent in my new work which experimented with a slew of materials.

The logical process was interrupted by the horrors inflicted on the Albanian minority of Kosovo from 1999 to 2000. As an official Dutch/Albanian interpreter I felt the refugees’ stories first hand. Maintaining a distance was not possible. I became involved in their lives. Some of the portraits from this period will go on show this year in the National Gallery of Kosovo. The Northern Europe- Balkan divide reasserted itself in my mind and my art. There was sense of guilt that the violence served as inspiration (did Picasso feel the guilt about Geurnica?). This is visible in my “Memories” series.