EIOCO > Publications > Act of the Re-Establishment of the State of Lithuania: Kovo 11 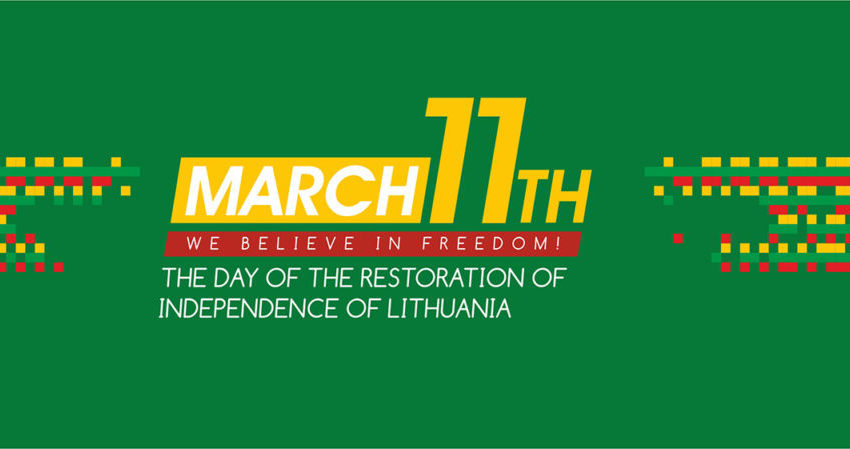 On 11 March 1990, the Supreme Council of the Republic of Lithuania adopted an Act on the Restoration of an Independent State of Lithuania. All members of the Council signed the Act of Restoration. On this day Lithuania declared Independence from the USSR.

The Act of the Re-Establishment of the State of Lithuania served as a model and inspiration to other Soviet republics. However, the issue of independence was not immediately settled and recognition by other countries was not certain.

Mikhail Gorbachev called the Act of Independence illegal and the USSR demanded revocation of the Act and began applying sanctions against Lithuania including an economic blockade. In addition, on January 13, 1991 Soviet forces stormed the Parliament building in Vilnius along with the Vilnius TV Tower. Unarmed civilian Lithuanians confronted Soviet soldiers. Fourteen people were killed and seven hundred injured in what became known as January Events.

Iceland was the first to recognize Lithuanian independence on February 11, 1991 followed by Denmark, Slovenia and Croatia (within Yugoslavia) and Latvia.

After the failed August Coup, Lithuanian independence recognition was reconfirmed by the United States on September 2.

President George H.W. Bush announced that if Russia were to use armed force against Lithuania, the U.S. would react accordingly.

Finally, on September 6, 1991 Lithuania’s independence was recognized by the Soviet Union.

Then recognition of Lithuania’s independence was quickly followed by several countries including China, India and Belarus as well as Turkmenistan and Uzbekistan.

On September 17, 1991, it was welcomed as a member of the United Nations along with Estonia and Latvia.

Since 2004, Lithuania along with Estonia and Latvia became members of the European Union and NATO. The country eventually banned displays of Soviet and Nazi symbols in 2008

Wikipedia, Photo: Seimas of the Republic of Lithuania