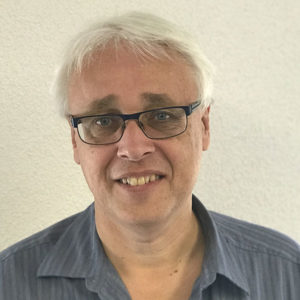 Patrick van Schie (1964) is a historian, who graduated from the University of Utrecht in the history of international relations as well as in that of the political system. He obtained his PhD in 2005 at Leiden University on a book about liberal party politics in the Netherlands in the first four decades of the twentieth century. His Phd coordinator was prof.dr. J.Th.J. van den Berg.
His main function is director of the TeldersStichting, the Dutch liberal think tank. He gives many courses, guest lectures and lessons and is (co-) author of numerous books and articles

Patrick van Schie was born and raised in the southern Dutch province of Noord-Brabant. At an early age he was interested in oppression by totalitarian regimes, in particular in National Socialist Germany and in the communist “Eastern Bloc”. While countless people in the Netherlands demonstrated in the late 1970s and early 1980s against the placement of American medium-range nuclear weapons, he wondered how the West could prevent our so valuable freedom from being lost and how the oppressed Eastern European nations could get their freedom back.
This is still reflected in some important key questions in his research: how can the freedom of the individual be guaranteed and increased ?; how can justice be done to national self-determination?; how can liberal-democratic constitutional states defend themselves against internal erosion and external threats ?; why do people fall for the “temptations” of oppressive ideologies ?; wherein lays the power of the (party) top in totalitarian states ?; and what do such regimes mean for the lives of ordinary people?